Difference between revisions of "Trouble" 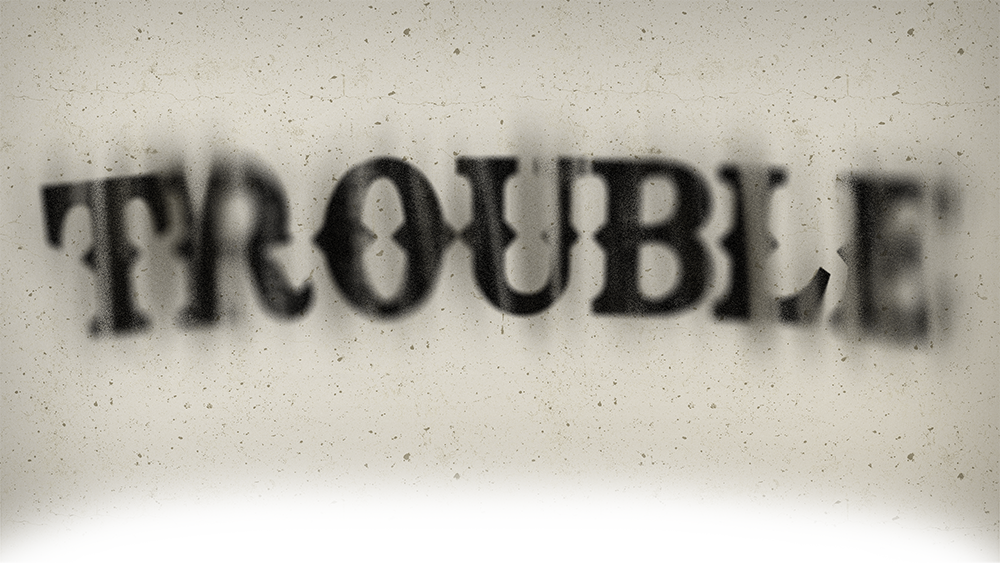 Jasper Pickett was abandoned by his parents at age twelve but luckily ended up being taken in by Francisco Wheeler, owner and proprietor of Francisco's Fantastic Carnival Extravaganza. A surrogate father of sorts, Francisco mentored the boy well into his teens when he discovered Jasper was a crackshot. The kid possessed pinpoint accuracy, not only able to hit almost any target put in front of him, but to perform seemingly impossible trick shots as well. While Francisco was a shrewd businessman, he was also a petty conman. He took advantage of Jasper's talent and made him the star attraction of the carnival but payed him far less than he was worth.

Coincidentally, shortly after he turned eighteen, a military recruiter named Walter Simms happened to catch his act and suggested he enlist. Jasper, having caught onto Francisco's racket long ago, readily agreed, leaving the carnival life behind him and signing up for Simms' outfit. Simms was the captain of a squad working for CANNON, a private military contractor. Jasper was given the codename 'Cowboy' because of both his skill as a gunslinger as well his accent.

Under their various employers, Jasper and his squad performed dozens of operations, most of which violated more than a number of laws. During one particular job, Jasper's squad were tasked with retrieving a parcel; its current owner was rather reluctant to release it. In the ensuing chaos of the raid, Jasper accidentally shot and killed a man. After the dust settled and the package was nowhere to be found, they realized they'd been given bad intel and raided the wrong house. The wife of the man Jasper shot cursed him on the spot. Literally. She chanted words he couldn't understand and... nothing happened. Nothing Jasper could detect anyways.

Over the next few weeks he came to understand what she'd done however. Whatever curse she'd put on him caused seemingly random freak accidents to befall those around him. Jasper was forced to leave CANNON, after several of his team suffered fatal accidents. Jasper was miserable. Anyone he got close to got hurt. He'd tried begging the woman to lift the curse but she refused. Eventually, he resigned himself to his fate.

Then one day, he had both an epiphany and a solution. He'd surround himself with terrible people. Jasper began working as a bounty hunter, hunting the worst of the worst, and because of his hex, he became incredibly successful. Guns would jam, his targets would trip and fall as they ran away from him, etc. He'd always end up catching his bounty. Sure, it was an incredibly lonely life, but business was good. As his capture rate increased, his reputation skyrocketed. He even started hunting the superpowered. Soon, only the wealthiest of the wealthy could afford him. His curse had become something of a blessing.

"Trouble doesn't follow me... it rides on my back."

Cursed by a witch, Jasper constantly exudes a magical aura that brings about bad fortune to anyone within its radius. The aura causes improbable (but not impossible) outcomes that are either detrimental or downright harmful. Effects can range anywhere from equipment malfunctioning to objects falling and striking those around him. The curse does not however grant Jasper good luck. He's gambled just to make sure.