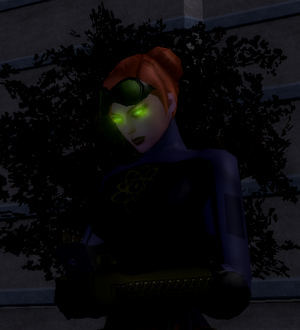 Lucas and Jillian Lake were both rather successful lawyers in Lincoln, Nebraska. While Lucas specialized in corporate law, Jillian specialized in defense law, taking on cases which involved mutant rights. They had a large house, two kids, two dogs, two cars, a lot of savings and a good reputation.

Their romance began at graduate school. Lucas wooed her with Edward Gorey, waffle dinners and a lot of star gazing discourse. After three years of dating, they were married. Within their fifth anniversary, they were the proud parents of Erie Darque Lake and Stormy Knight Lake. Let it never be said that they lacked a sense of humor.

Things about being a weirdo. 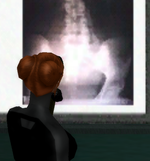 Things just ... you know, get broken.

Shop Talk
What it Do

Things she don't do. And problems.

.☼. Erie lives with a woman named Birdie. Birdie is old and they kind of feed off each other's energy.
.☼. She goes sasquatch hunting in the tunnels under Birdie's house.
.☼. Waffles are superior to pancakes.
.☼.
.☼.
.☼.

.☼. Juicebox - A vampire hunting right half human kind of cute old guy she met. He's weird and that was fun.