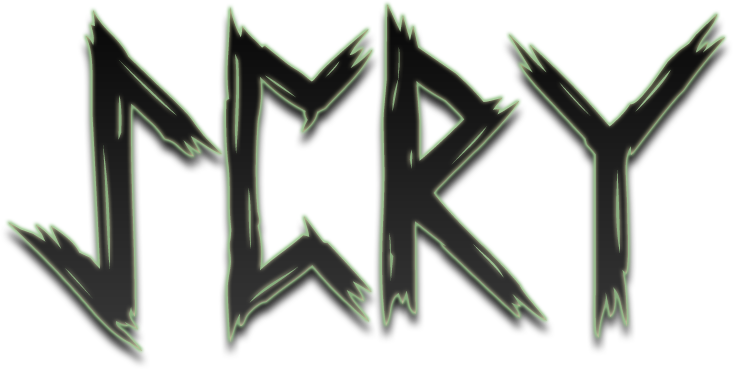 Scry (Ramekandastarr the All-Seeing Eye of This Land and All Lands Beyond and Farther) is a former supervillain who sometimes opposes and sometimes helps the Vanquishers. His primary rival is Occultist. He currently operates in the background, mostly assisting in the investigations of his new oath keeper, Mystery. 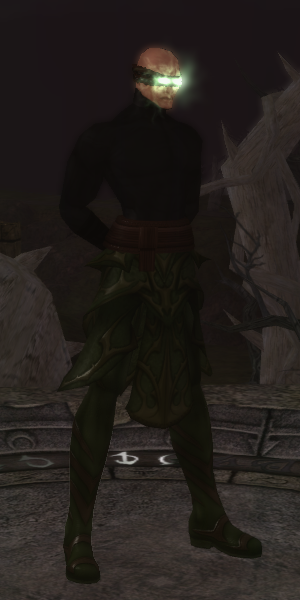 NAME: Ramekandastarr the All-Seeing Eye of This Land and All Lands Beyond and Farther
AGE: Unknown
EYE COLOR: None
HAIR COLOR: None
OCCUPATION: Unemployed
PLACE OF BIRTH: Nerva, Etoile Isles
POWERS:

Growing up as a member of the Circle of Thorns is rough. It's even rougher when they have plans for you -- big plans. Whatever life Scry might of had was stolen from him as a child when cultists kidnapped him to be raised within their sanctuary. He was given the name Ramekandastarr by the Elders. To this day, he doesn't really know what it means. Scry's main purpose in the Circle was to be the vessel for a mysterious gift. When he came of age, he was inducted into a ritualistic ceremony where his eyes were gouged out from his skull with a thorn from the Thorn Tree. The brutal, bloody spectacle blinded him to the material world, but opened his senses to sight beyond. That was the gift he was always meant for: All-Sight.

For the next several years, Scry served as a loyal oracle for the Circle. His visions allowed them to track rival mages, missing artifacts, even gaze into possible futures where their plans come to fruition. Still, the limitations of Scry's body made themselves known during times of great stress. This frustrated his fellow cultists, who demanded machine-like efficiency from their tool. Every failure meant more punishment and abuse Scry had to endure. It was the only life he knew. He was rarely permitted to leave the sanctum, forced to toil away on maps and tables, using glimpses into far off worlds as his only escape. Eventually, he became numb to it all, and Scry's loyalty to the Thorns was stronger than ever.

It was during a raid on the Thorn Tree Temple that Scry's confidence began to waver. He had not foreseen the attack and the Elders were left completely unaware as a masked thief made off with siphoned chaos magic from the Thorn Tree's core. He watched as those he swore himself to were counterspelled and outclassed by a caster vastly superior to them -- and he didn't even wear stupid spiky robes. Scry demanded he be dispatched to hunt down the thief and reclaim the power of their revered Thorn Tree, but the Circle denied him. When questioned on their decision, the Elders offered nothing illuminating, stating they needed him to remain among them in case they had use for his gift. It was then that Scry realized that though the Circle raised him, he had outgrown them. They needed him, not the other way around.

There was much protest from the Elders when Scry went to depart the Thorns, but his growing talent as a caster allowed him to dispatch his former superiors and escape. But with nothing but the faint trail of magical auras in the air to follow, Scry was unsure of where to go -- even where he was. There was a period of great adjustment as he made his way through the Isles, dodging Circle cultists that were chasing him to reclaim their prize. Even visually impaired, Scry learned to take care of himself and survive in increasingly hostile surroundings. Eventually, he was drawn out of Etoile and towards Paragon City as a source of magic there seemed to call out to him. After extorting a boat ride out of a vacationing stranger, he set foot into the urban jungle.

Scry's senses drew him towards a peculiar manor in Talos Island. Still adrift in the modern world, he unsuccessfully tried to purchase the house for himself (despite the fact that he has a net worth of zero). Luckily, a group of other prospective tenants agreed to take him in as a roommate. He now considers himself their butler, even though they all told him such fealty is unnecessary. Outside of the house, he seeks to unravel the complexity of normal life -- and he is also rumored to be involved in a number of rogue acts, primarily focusing on the liberation of magic artifacts from the hands of museum curators and collectors.

Scry quickly swore his loyalty to his new housemate, Mystery, an independent investigative journalist with a knack for uncovering the truth. This unwittingly had him indirectly assisting the Vanquishers and by extension, the mage he hated most: Occultist. This revelation led Scry to once again communicate with his associates from the Circle, plotting their revenge against who they viewed to be a desecrator.

When the Occultist nearly vaporized himself from all existence, Scry was nominated as a representative for the Circle amongst the greater community of casters throughout the multiverse. Together, they instituted Mage Madness, a union of the arcane poised at stopping the Vanquishers from saving the Occultist so that a new supreme sorcerer could rise and claim his title. The magical pissing contest was unsuccessful in preventing the return of Occultist, and as such, Scry finally recognized him as the multiverse's true master mystic -- though he still didn't like him.

Scry aided the Circle again when a wish granting relic, The Book of All Things, surfaced in Peru. In competition with various magical factions including Magistratus, Black Sun, and the Occultist himself, he used his abilities to try and follow any trail to the treasured artifact. Eventually allying with the arcane smuggler Condor Jack, Scry kept information on the Book's whereabouts to himself and planned to steal it from a witch called Serpentine for the Circle. The Occultist and his allies got to him first, however, and the knowledge was forcibly drawn from his mind. He was left defeated and dazed in Peru as a mysterious magic-draining Phenomenon began due to Serpentine's usage of the Book.