NAME: Mack Zelenski
AGE: 27
POWERS:
• Combat triggers an evolutionary mechanism that causes his DNA to 'upgrade' itself after every fight.
• Has extremely large, dense musculature as a result of repeatedly amending his DNA.
• Can supercharge his DNA to enhance his body's strength and durability. 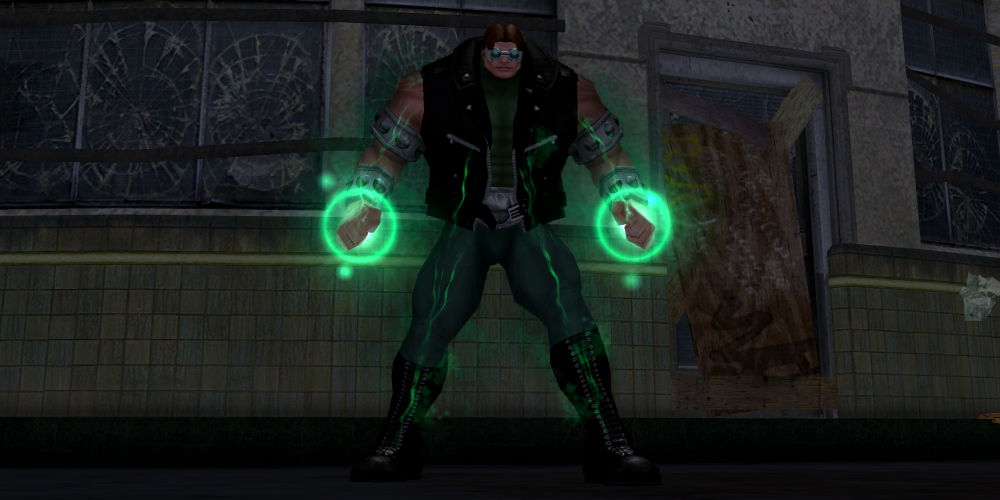 Mack Zelenski learned he liked to fight at a very young age. To Mack, the rush of combat gave him life in a way like nothing else ever did, and he thrived on it. Eventually, he would come to learn that this was actually a result of his strange mutation, which causes his body to continually adapt itself through physical combat by absorbing the DNA of his enemies and using their genetic code to make his even stronger. Through this genetic manipulation, Mack is able to train and flex the DNA inside his cells at will, as easily as if he were flexing his bicep.

With his ride-or-die Ruckus, Mack travels the world as the infamous Tough Guy, picking fights with the strongest people he can find in an attempt to make himself truly the toughest guy there is. To fund his ambitions, he often finds himself taking on side work as a henchman for random villains in the various cities he holes up in, but his distaste for authority tends to ensure that these types of gigs remain temporary.