Stylish as well as functional, Cid's visor acts as both a protective device and a comm system. Made from an impervium-laced polymer that is both resilient and flexible, perfect things for a speedster running into an assortment of crooks and villains.

There are many alternate universes known to Portal Corp, and potentially countless more undiscovered. 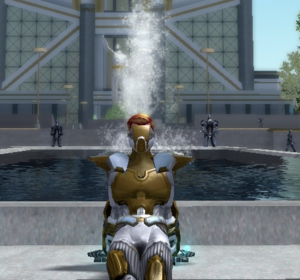